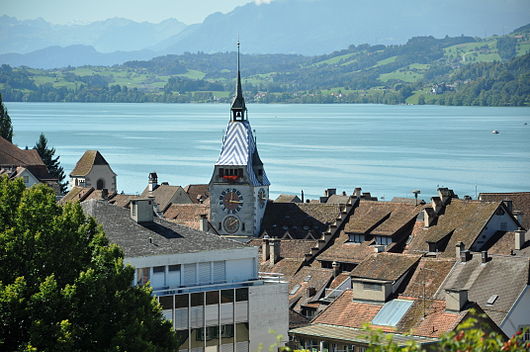 The Crypto Valley Of Zug, Why Switzerland Is The Place To Be For Bitcoin, Ethereum And Blockchain Initiatives.

Switzerland is a beautiful country with gorgeous mountains, breath-taking views and sophisticated villages. It is also known as one of the safest countries throughout Europe.

Did you know that Switzerland has one of the most rich, modern and stable economies in Europe and in the world? It has one of the smallest taxation fees of all developed countries and has been rated the most innovative country in the world for the last couple of years. Strength in innovation is an important driving factor of a country’s competitiveness. The key elements here are knowledge and technology.

Switzerland has a lot of historic features, which lends itself to the decentralised view of the world. Its own political system is based on a citizen-controlled ethos and boasts century’s old culture of individual rights. It’s Swiss neutrality, business-friendly environment and privacy-friendly financial and legal infrastructures, is successfully marketing itself as a hub for crypto friendly companies.

Now, you might be asking yourself why is the hottest tech location, situated in Zug – Switzerland?
Well, let me talk to you a little bit about this mysterious town…. Zug is named for its fishing rights is both a town and canton in Switzerland and home to 30,000 residents.

In January 2017 a non-profit organisation was formed: the Crypto Valley Association (CVA) based in Zug and formed for the purpose of attracting and supporting blockchain companies and organisations to Switzerland. There are many positive reasons why Switzerland is attractive for blockchain companies.
It has attracted full support from numerous individuals, startups, corporates, service providers, industry associations, educational institutions, governments and regulators.
Zug itself carried on as very influential for crypto companies. Ethereum Foundation was incorporated in Zug in 2014 and the first bitcoin ATMs were installed.
In 2015, Shapeshift located in Zug and in the same year the Swiss Federal council issued a report that bitcoins were regarded as a virtual currency and no further regulations were required.
The following year the Zug tax authority issued guidelines for the accounting and tax treatment of bitcoin and the city of Zug became the first government in the world to officially accept bitcoin payments. To support this product there are advisors helping with value proposition and token economy, legal experts, tax experts, accounting experts, people specialized in global marketing and global communications PR, secure ICO launch platforms, independent audit firms, and smart contract audits.

However, not everything has been hanky-dory in Switzerland, but the Swiss have come a long way and have learnt from the past. Tim Berners-Lee was working in Geneva at CERN (European Organization for Nuclear Research) when he created the World Wide Web (www), enabling the Internet of Communication to the whole world. The rest is history……. Silicon Valley, in the United States, took the Internet protocol to the next level and a new world was created.
This time, Switzerland doesn’t want to lose any high-tech opportunities on their grounds either!
The current state of the Internet is far from where Tim Berners-Lee and the web pioneers dreamt of. In fact, he is very critical about concentration of power that the current Internet has created. Blockchain, the trust protocol, will complement the Internet and eventually a better world will be created.
Once again, Switzerland has a new opportunity to shape the world.